Set Up and Re-Roping information for Deluxe DS9 and DL14 Sunshine Clotheslines.

Using this method will help you Raising and locking the Arms of your Sunshine Clothesline; insert the assembled SSCL into the Ground Socket. Rotate the SSCL until the Latch Bracket faces you. While raising the Arms always look for rope tangles which might interfere with fully raising. Place your foot on the Foot Clamp holding it to the ground, grasp two opposite Arms lift and spread them as high and wide as possible. Grasp them again this time lower and raise them as high as easily possible. In order to be in good position to raise the Arms completely, move in toward the Center Post while ducking under several rows of rope. With the Lock Lever pointing up, raise the Arms until you can connect the Lever Bolt to the lowest slot in the Latch Bracket. Grasp the end of the Lift Lever (black grip) and pull it down until the over center motion locks the Arms in place, again be sure the ropes are not tangled or wrapped around the ends of the Arms. 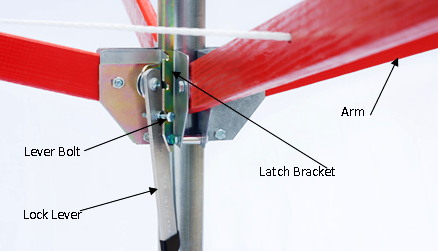 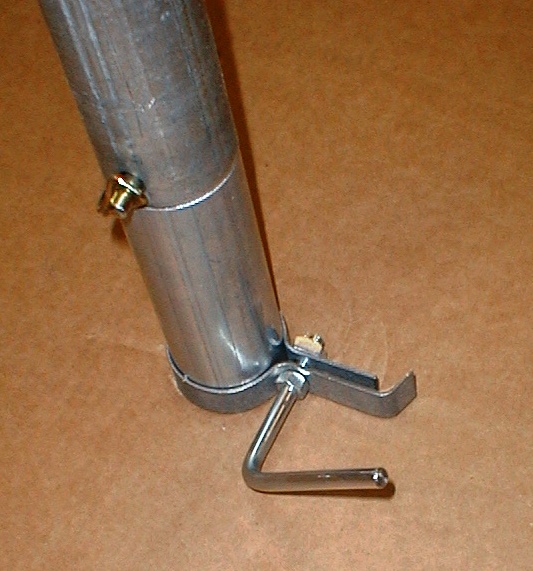